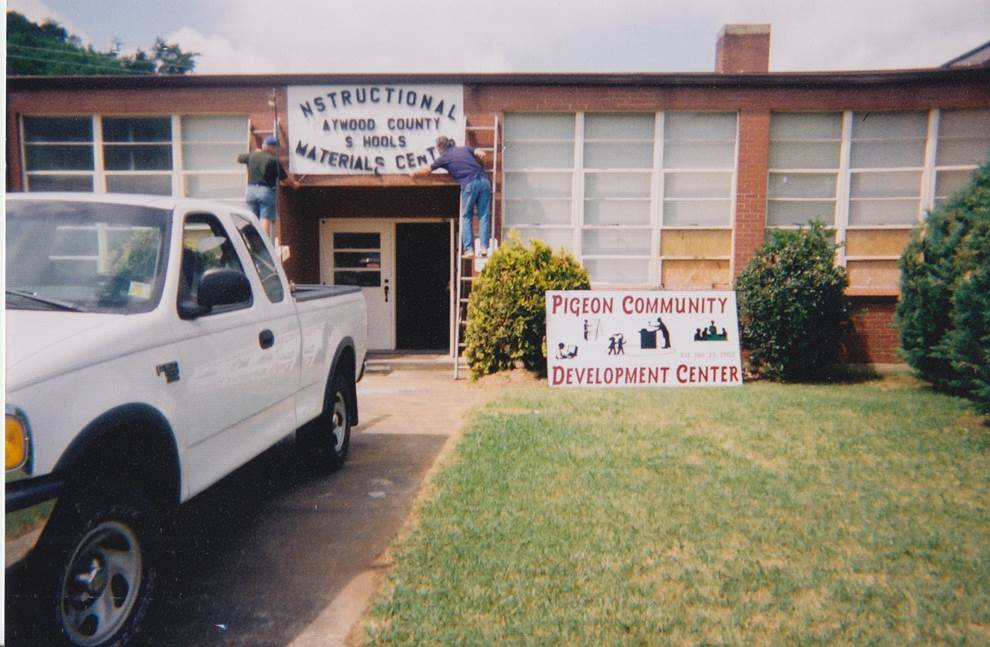 The Pigeon Community Multicultural Development Center is located on Pigeon Street in Waynesville, N.C., in the former Pigeon Street School, which served African-American elementary school students before desegregation in Haywood County in 1967. After the school closed, the school system used the building for Haywood County Schools Instructional Materials Center. When its use by Haywood County School Board declined, community members began working to gain permission to use the building, and the Pigeon Community Development Club moved into the facility in early 2001. The organization became an official nonprofit under the umbrella of REACH and worked with the Center for Participatory Change in Asheville to transition into a standalone nonprofit organization. In 2009, to help promote their longstanding goal of inclusiveness the center became the Pigeon Community Multicultural Development Center and hired its first executive director.